Welcome to
The Mother Temple 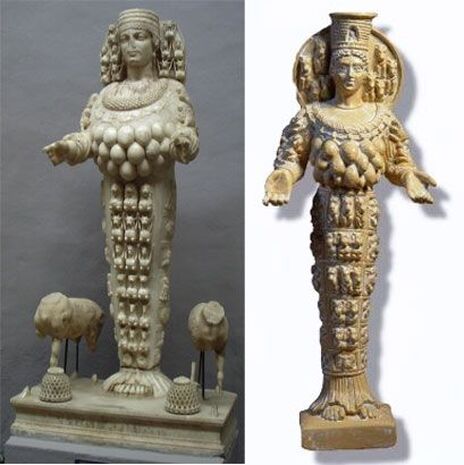 The Mother Temple is a devotional community honoring the Divine Feminine in her life-sustaining form as Mother Nature, and especially in service to the honeybee.  We venerate the Honeybee for the Divine Intelligence she embodies and re-establish our sacred relationship with her in this age.  We honor her in all the ways she has appeared in human consciousness as spiritual teacher and guide, who reveals to us the ancient truths and new awareness needed to move back into a harmonious relationship with Nature.

The wisdom path of the Honeybee stretches far back into archaic pre-history, but was pervasive in the Greek temple period where Demeter, Artemis and Aphrodite were all worshipped as 'the Mother Bee'.  Their Temples were modeled after the beehive, which was widely recognized as the 'visible face' of the Mother Goddess for its qualities of fertility, bliss, abundance, sweetness, social cooperation/unity, sacred geometry and sound, and the presence of a Queen who is the Mother of them all.

A beehive is literally 'the One (beehive super-organism) and the Many (individual bees)', an ancient epithet of Divine Mother.  The hive was understood by the ancients to represent our relationship as unique individuals to the all-pervasive unity of Divine Consciousness.  The Divine Feminine has re-emerged into human consciousness at this time of social and ecological crisis in the form of the Mother Bee.   We believe that through renewing our relationship with the honeybee as sacred guide, we can restore our direct connection to the divinity within ourselves and within all of Creation.  We  have established a modern Honeybee Temple for this age, for 'She is a creature of Paradise, and She can lead us back to the Garden.' 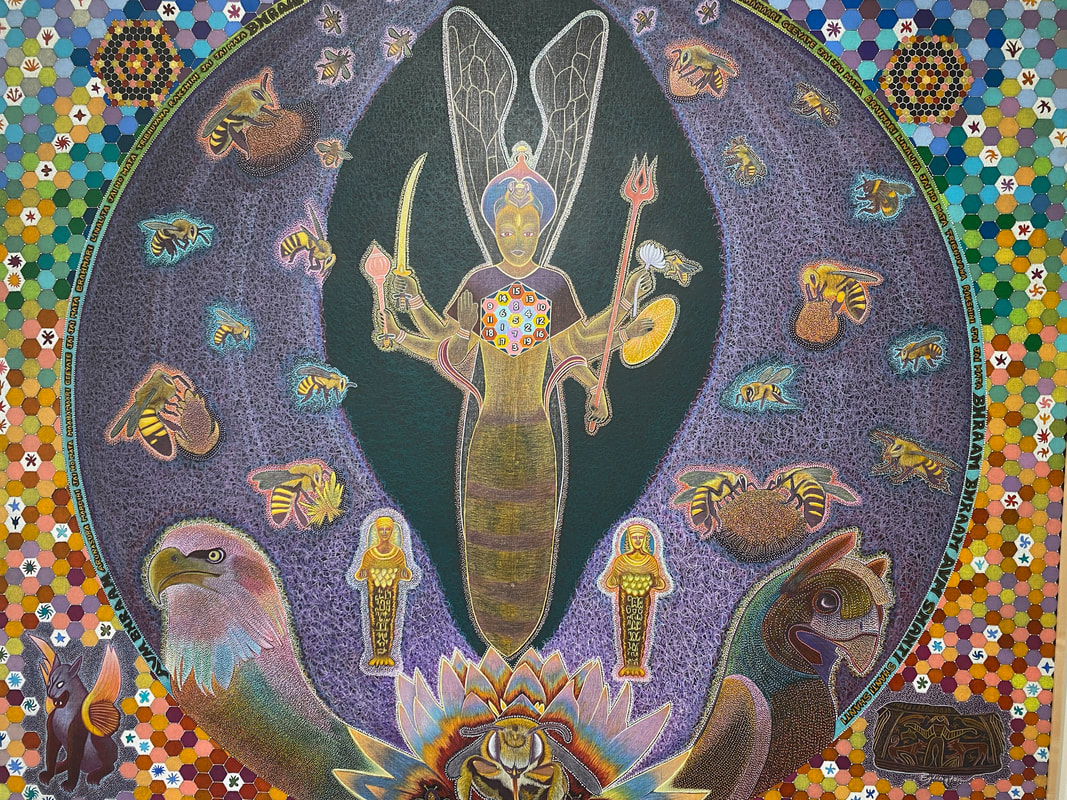 The Bee Goddess Arrives in Defense of Sacred Creation (2019)
Peter Eglington
mixed media image courtesy of the artist, find his work at

Depicted here are two of the many 'bee goddesses' once venerated throughout the world.  Artemis; protector of the Wilderness, Women and Children, and  Bhramari Devi; who was called upon at a time of crisis when 'ego-demons' in collusion with greedy humans were running amok and destroying Nature.  In the Devi Mahatmyam, Divine Mother promises  "and in those times I will return with my six arms for the saving of the three worlds, and I shall be known as 'She of the Bee-Like Nature'.

​The physical location of the Mother Temple is our Honeybee Sanctuary in Hawaii,  marked by a great Mother Tree.  As in ancient times the rites of the Bee Goddess include ecstatic communion with Nature, deep silent meditation, offerings of fruits, flowers, milk, honey and sound.  We gather at astrologically significant times, particularly at solstice and equinox, where we network with others meditating for peace and harmony at sacred sites around the globe.

Group and individual services and ceremony are available on request, as well as online devotional practices and education.